Mutual Recognition of Baptism among the Churches in Portugal

The Lusitanian Church Cathedral (Anglican Communion in Portugal) in Lisbon hosted the afternoon of January 25 th ceremony of mutual recognition of Baptism among churches. The ceremony was inserted in celebration of the Week of Prayer for Christian Unity and included the signing of a declaration of mutual recognition of the validity of the sacrament of baptism administered in the churches. The declaration was signed by the Presidents and the Bishops of churches including the Anglican Bishop Jorge Pina Cabral of the Lusitanian Church. The Churches which signed the document were the Lusitanian Church (Anglican), the Roman Catholic Church, the Orthodox Church of the Ecumenical Patriarchate of Constantinople and the Methodist and Presbyterian Churches . These Churches recognize the baptism as a basic bond of unity and hope that recognition is a step forward on the path of the visible unity of the one Body of Christ "so that the world may believe."

A very festive ceremony was attended by hundreds of people from different churches and among many young people in what is a very encouraging sign for the future of ecumenism in Portugal. Bishop Jorge expressed his joy for this act and emphasized that "the new opportunities for ecumenical work that the Churches offer in Portugal with this recognition and responsibility and the Lusitanian Church's commitment in this work. " The Lusitanian Church is an Anglican diocese under the Extra - Provincial authority of the Metropolitan Archbishop of Canterbury and is also a member of the Porvoo Communion. Lusitanian Church in Portugal is the co -founder since 1971 of the Portuguese Council of Christian Ecumenical main body existing in Portugal and actively participates in the ecumenical movement with the other Churches. 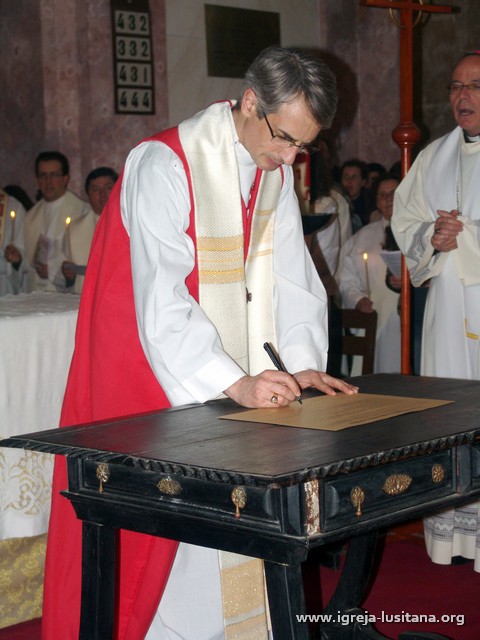